We caught up with Dimitri Zabelin '12 as he transitioned from the world of academia to work as a currency analyst and housing advocate.

Tell us about your educational path?

I attended Waldorf from kindergarten all the way through high school. I went to College of Marin for two years (2013-2015) and transferred to UC Berkeley where I completed my undergrad in Political Economy. In the summer of 2016, I also attended the London School of Economics for an accelerated summer program.

After graduation, I went back to Berkeley to get my master's in global political economy. I also taught and briefly served as a University Consortium Fellow at Harvard during their Euro Atlantic Consortium. My interest in political economy developed as I looked for a balance between the metaphysical and mathematical. Political economy offered a perfect middle ground; I was able to intellectually flourish and apply what I have read to the actual world.

In fact, my graduate work drifted slightly away from political economy, toward East-Central European history. My thesis, entitled "Profane Chauvinism or National Idealism? A Comparison of the Ustasha and Iron Guard Regimes," was an analysis of why fascism organically emerged in Romania and not in Croatia during the early-mid twentieth century.

What have you been doing since you received your graduate degree?

I am currently working as a Currency Analyst for an English financial services company called IG. I specialize in analyzing how the international political economy affects currency markets and focus on geopolitical shifts that influence asset price expectations. I am also the co-founder of a housing advocacy group called NextGen Marin, and work on the weekends as a business development associate for a real estate investment company. 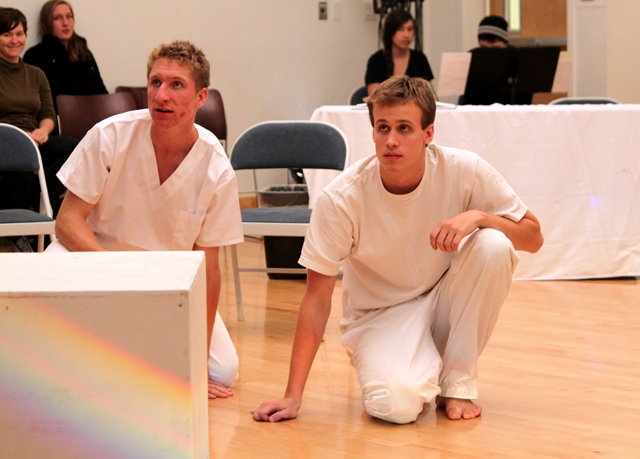 Doing theater and field trips were highlights: that's when all the social cliques dissolved and we were just a community. There were several teachers through the years but for the sake of brevity I would have to say Mr. Weber stands out. In Kindergarten, he told stories, especially those before the Shepherds Play, that gave me a sense of peace I have not been able to replicate. He was a blacksmith when it came to words, and forged for me, some of my most treasured memories at Waldorf. Although, I have to admit, doing theater will always hold a special place in my heart, and for that I have to thank Kelly Lacy. Without her, it wouldn't have been the same experience.

I also want to say thank you to all the Waldorf faculty for giving me a wonderful education, and for shaping my childhood in such a positive way. I will always remember it with a smile on my face.

Can you reflect on other ways the school influenced your life?

I began to really appreciate the way in which Waldorf teaches, to think individually and creatively. I particularly liked that we were forced to do theater or music because it made us (or at least me) more confident in how I carried myself, presented, and spoke. The literature that Waldorf has us read does come in handy when exploring intellectual subjects in university and I remember reading Faust with Mr. Weber in high school and thinking "this is great, but, when the hell am I going to ever apply this?" As fate would have it, one of the most influential books I read in university would have an entire chapter in it dedicated to Faust that changed my life.

Waldorf's spirituality, which I initially viewed as the residue of some philosophy established at Woodstock, is actually incredibly profound and carries with it wisdom that I realize is too complex for any high schooler to grasp. I have been fortunate enough to have had a glimpse into the philosophy of Steiner and realized that for a man of the past, his mind was born in a kind of metaphysical future.

Any advice for current students?

Try not to worry so much. High school is a time to develop, learn, and enjoy life. Responsibility is necessary but the consequences of letting go of your worries are substantially less impactful than when you get older. Don't sweat the small stuff. If you embarrass yourself, good. That means you've been authentic. If you make a mistake, embrace it, learn from it, and move on. Through every difficulty you learn a little more about yourself.