Good afternoon, everybody. You know, we should make this fun. I am really honored to be here. It's a pleasure, despite the rain, and I have to say that I commend the organizers for coping with this incredible circumstance. In all these years I've been in California, I have never seen rain in May. So, I guess that's because of the special occasion today.

So, what I want to do in my short remarks to you here today is briefly tell you a little bit more about who I am and about the science—the work we do. And then I want to tell you more about what I learned in Waldorf school, which was a long time ago, but still.

So, as you have already heard, I'm German. You don't need to be told that—my accent is very obvious. I was actually born into a two-Waldorf family: my grandparents were, from the very beginning, involved in the organization. I think they started actually exactly a hundred years ago when this whole thing was started by Rudolf Steiner. And my brothers teach in Waldorf schools, so I am deeply part of the whole community in some way.

I went to a Waldorf school in Hanover, Germany for my entire education. I then studied medicine. While in medical school I decided that I would probably be better as a scientist, both for the benefit of the patients and because I felt that we in medical treatment of people don't really know how to treat them. I became a scientist. I moved to the United States initially for further training, and I stayed, and I guess I'm going to be around here for the rest of my life, for good or bad. I am very honored to have been a Waldorf school student, and as I will tell you in a minute, I think I learned a lot of what I accomplished in the end as a student.

My current work deals with how cells in the brain communicate with each other. I'm a neuroscientist who studies the brain, but I study the brain not at the level of complicated things like love and consciousness. I study the brain at the most fundamental level, namely at the level of trying to understand how the cells in the brain actually manage to process information—a very fundamental and completely enigmatic process that underlies everything we do, we feel, and we think. My research is focused really on understanding fundamental issues of the brain and I hope that at some point in my research I can also contribute to understanding how people get sick, why there are so many diseases of the brain, and why so many of these diseases are becoming more and more prominent in our times when people get older and people seem to be more challenged than ever before.

What I want to tell you now is a little bit about my Waldorf school education. I have to confess from the very beginning that although I support the overall philosophy of the Waldorf schools—I think it's a great way of educating kids—I'm not an anthroposophist. How can I say this being from a family of anthroposophists: I've always been an outsider. I think that the ideas are great, but I can't quite follow some of the philosophy that's behind it. So, what I'm going to tell you about in my support of the approach is really taking from my personal experience more than from a philosophical basis.

But I'm going to try to frame some of what I'm going to say in terms of brain science because I believe that for many of the ideas that are being put into place in Waldorf education, there actually is a firm basis in brain science.

Personally, when I was in school, I was probably the worst student any teacher could imagine. First of all, at least initially, I wasn't very good. Second, on top of that, I was quite obnoxious (maybe I still am, for that matter). I had long hair when I was a teenager that reached up to my belt. It's hard to imagine now with my current appearance; I wish I still had it. Unfortunately, it vanished. And I used to be extremely critical. In fact, I still am. I used to be critical of everything the teacher said. What Waldorf school gave me is an example of how you can actually deal with other opinions, with other people. 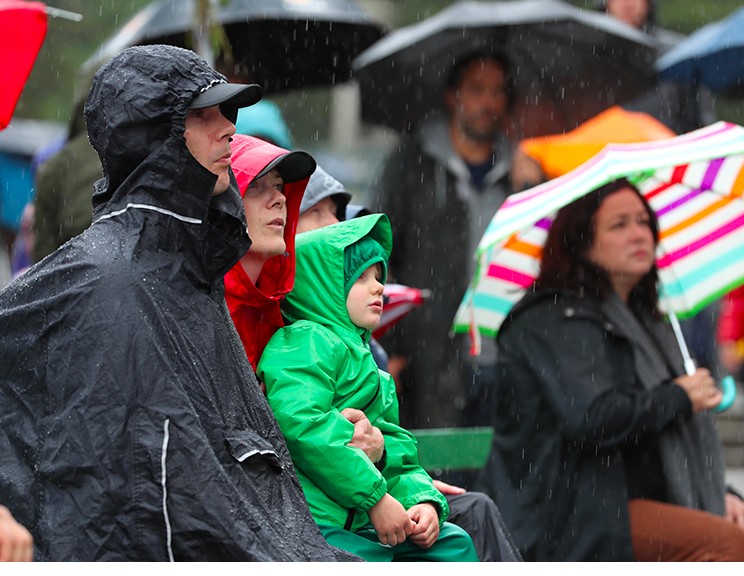 In my Waldorf education, I was not only tolerated, but I was mentored in many ways by my teachers. I had wonderful teachers who basically gave me advice, who nudged me along, and although I often quite openly disagreed with them and they equally disagreed with me, we at least came to some understanding. And in this way, I really went through school in the end admiring the people who taught me. And I think that that's one of the most important things in an education, both in school and afterwards: that you are taught by people who you not only respect but in many ways admire.

What Waldorf school teaching also gave me was an education in the arts and an appreciation for the importance of an artistic, if you want to call it, education. As was already mentioned in the introduction, I became very interested in music and I became very interested in all other forms of art that we have the sort of privilege in many ways to experience. And I think that this is very important, and I would like to tell you why I think this is important in terms of more of a newer biological bent.

So, in memory, in learning, we as neuroscientists somewhat broadly and crudely differentiate between two different types of memory. One type of memory is called implicit and the other one is called explicit. Implicit memories are memories that you're not aware of, but that you have. For example, riding a bicycle. When you ride a bicycle, you're not actually aware exactly of what you do, you just do it. It's implicit, it's in your brain. You have to learn it but once you have learned that it's sort of in there. Explicit is, for example, if you are asked how to get from here to the museum, you have to go first straight and then right, like you have a map in your brain. That is explicit. Explicit is anything that you can actually say, that you can describe in words and somebody else can do it again.

In school education, in many ways, arts, language are implicit. For example, if you will learn a foreign language beyond a certain age, it is difficult, but children are very good at learning implicit memories. They are very good at imitating, at learning things that they are not acutely aware of, in fact that they cannot describe. Language is a wonderful example; I am a wonderful example because, despite having lived most of my life in the United States, I still have an accent and I will always have an accent, and that will never change. I know I have an accent, but I can't change it. If I had learned English when I was younger, I would probably not have an accent. So, there is a time in the development of a child when certain types of learning are possible or better than other types of learning.

I think that, in the development of a child, implicit learning comes before explicit learning. And thus, I think that the emphasis in Waldorf education on implicit learning—on the arts, on things that you do manually, on language—is actually a very good thing because that emphasizes the strengths of the child during that stage of development. That doesn't mean one shouldn't start some explicit learning early on, but I believe one shouldn't emphasize it. One can still learn things like math and physics in later years in high school, whereas in early years during elementary and middle school, you can learn skills, like in music or language, that are much more difficult to pick up later. And so, in my own experience, I actually learned virtually no science before I came to high school because that's the way the Waldorf school curriculum was. I don't think it has hurt me.

And I think that it's more important to develop the strengths and the individuality of the child, and to develop things like language and art in early times and then to move on as the child develops and teach them explicit skills later on. That doesn't mean we shouldn't emphasize what's called the STEM disciplines in the United States, which is science, technology, engineering, and math. We should emphasize them, but we should emphasize them late in the school curriculum in my personal opinion, and I think that is what the Waldorf school curriculum exactly tries to do.

So, I think I've talked enough for today. I'd be happy to discuss this in any form you would like me to. In closing, I just wanted to say that I am very grateful for the education I have received and that I think that, more than ever nowadays, where things are changing, where the way we interact with the world has become so much more indirect because of new technologies, where we need to cope with a completely different sensory environment, this type of education is more important than ever. Thank you very much.

A message to the community

Enjoy a selection of distance learning work from the grade school.